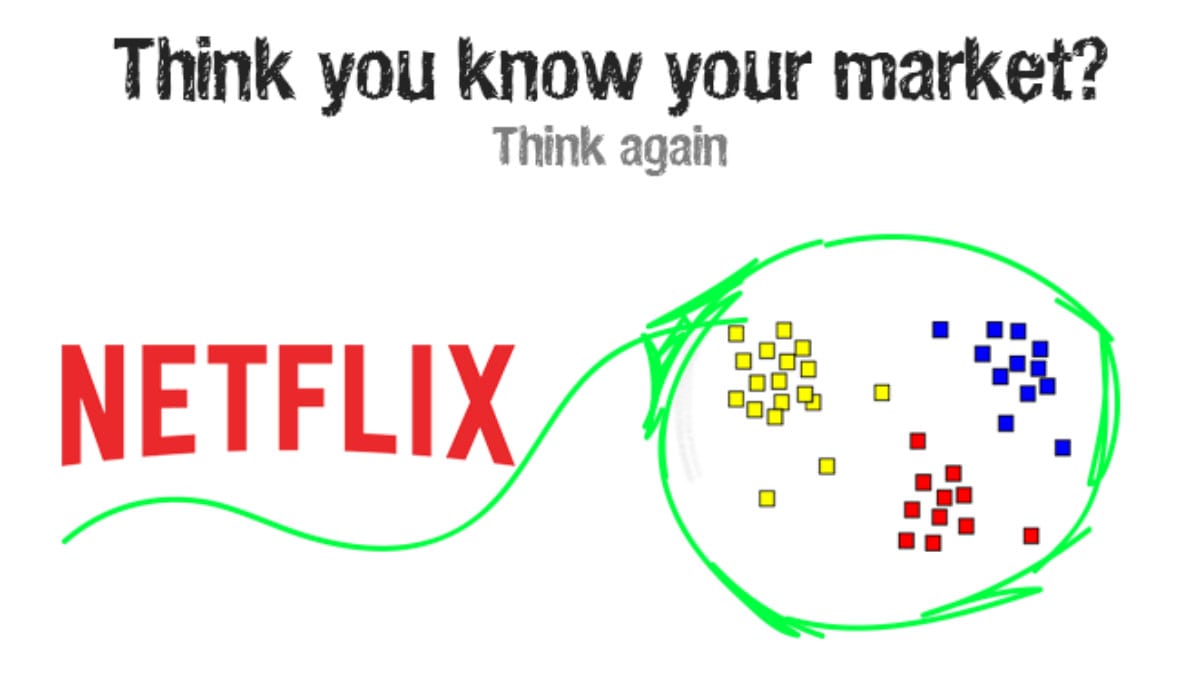 Quick challenge for you today:

Think of your ideal customers, right now. Imagine the group of people who are most likely to buy from you. Picture them standing in front of you, forming a line out your door — as far as the eye can see.

Got a clear picture of them?

Now, in today’s imaginary world, your company has blown up to the point of needing new staff!

The reason? Unexplained market forces, which you’re determined to get to the bottom of.

So, you’ve hired a new marketing director at your company.

She’s just walked in the door, on the first day of the job.

Your task is to describe your ideal customer to her in a way that gets her off to a flying start.

So, what words and phrases did you use?

If you’re like most folks out there, the first words that spring to mind are something like:

That’s how most of us think about our “ideal customers”.

We try to nail them down using broad generalities that we hear marketers use.

Well, that’s what marketers do, right?!

A market is a collection of people sharing the same problem, which they want solved.

Here’s the truth though. Markets are not defined by demographics.

“What!? That’s nonsense, Ross! WTF are you talking about?!”

Hang on a second, hear me out…

We first need to understand what a market actually is.

A market is a collection of people sharing the same problem, which they want solved.

People get tripped up thinking that similar “groups of people” have the same problems. But that’s not always the case. Humans are complex individuals and you’re probably not experiencing the same problems as everyone else in your demographic “bracket”.

Now, I’m not saying demographics are useless. Some markets DO share demographic similarities. But they’re not defined by them.

Earlier this year, Netflix rolled out to an additional 130 new countries. You might think that for each of these countries, they’d be serving programs up based on the cultural differences in each, right?

Or — at the very least — that tastes would vary based on the person’s gender and age?

As Netflix’s VP of product so eloquently put it,

“Geography, age, and gender? We put that in the garbage heap”

Here’s what they do instead:

Netflix figures out what market you’re in by determining the entertainment “problems” you need to have solved.

In other words, “What you want to watch”.

Then it puts you in what they call, “a customer cluster”, – aka, an entertainment market.

Once they’ve figured that out, they’re able to give you exactly what you want to watch, based on what other people in your “market” are responding to.

So, lesson for today:

Markets are defined by the shared problems in each member’s life — the Jobs, Pains, & Gains they want solved.

And without clearly knowing what they are, you’re going to be hard pressed to come up with a compelling USP.

Good news, though, is that you can solve that problem by snagging yourself a copy of my Microbook, “The Ultimate Reason Why Your Customer Choose You” right here:

Leave a Reply to Will EdridgeCancel reply

This site uses Akismet to reduce spam. Learn how your comment data is processed.

Tell Me Where To Send Your Book

NOTE FROM ROSS: I care about keeping my email list very clean. I will NEVER spam, sell, or rent your email address. You can unsubscribe at any time. So please feel safe to use your primary email address. Privacy Policy