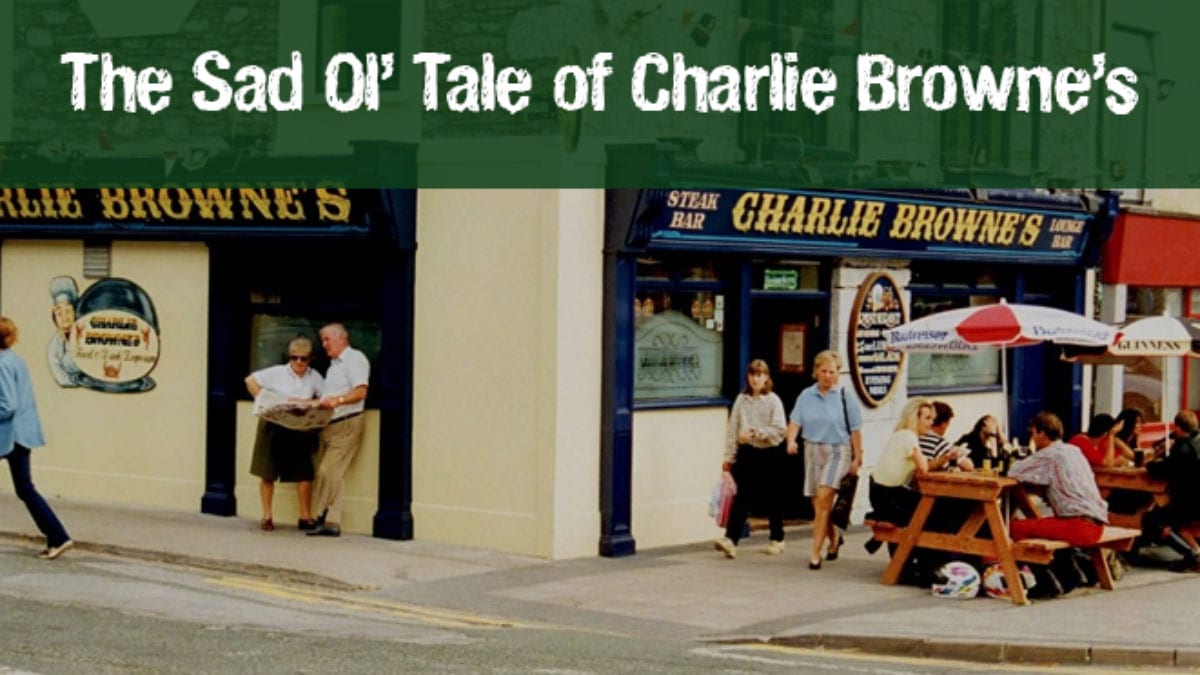 And today is one close to home. Because it’s one I saw unfold firsthand, in my hometown of Fermoy, Ireland.

Fermoy is a quaint little town, of around 7,500 people. Life there rotates around the beautiful bridge that crosses the River Blackwater, which flows lazily through the valley. Crossing the bridge is a staple daily act for the locals. 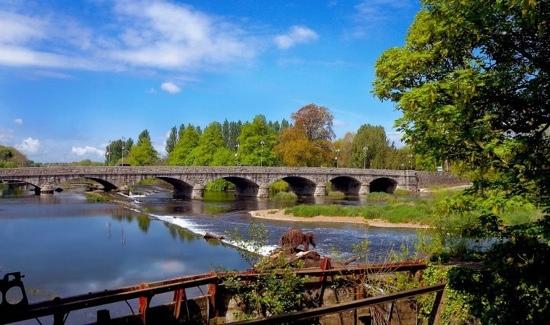 Ireland ain’t half bad when it’s not raining, I tell ya…

And right off that bridge are some of the town’s most successful businesses. Businesses that have lasted for decades and generations. And which will last for many more.

It’s no secret that when the global recession hit, Ireland was battered.

Many businesses shuttered up their doors.

Yet the businesses closest to the bridge avoided that fate, weathering the storm.

Growing up in Fermoy during the 1990s and 2000s, one of the most successful businesses, just off the bridge, was a pub named Charlie Browne’s.

(A pub, successful in Ireland?! Shocker — I know!)

Like many locals, I’ve many fond memories of Charlie Browne’s.

The majority of those memories are tied to one thing…

Eating steak & chips with my family and friends.

“Steaks, chips and mushrooms washed down with a creamy pint of Guinness. Heaven.”

I remember to this day how the pub over-flowed with an authentic, humble atmosphere — where you could enjoy the simple, delicious food they had on offer.

Charlie Browne’s was widely regarded as having the best steak in the Province of Munster. Folks would travel for miles around to eat there.

As my father often said:

“Steaks, chips and mushrooms washed down with a creamy pint of Guinness. Heaven.” 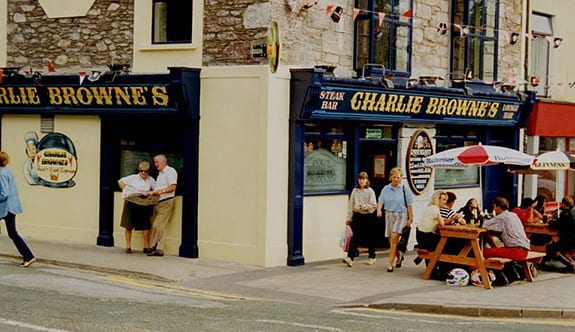 Charlie Browne’s was a huge social hub during the golden years.

Applying “The Breakfast Potatoes Theory” to Charlie Browne’s, it was obvious that the “pub grub” steak dinner is what drove the majority of it’s customer base.

“Where will we go for a feed and a few pints tonight?”
“Ah sure, wouldn’t mind an ol’ shteak out of Charlie Browne’s!”

Or, at least, that much was obvious to the customers…

After many successful years, the owners — a local family — decided to leave the pub business in the early 2000s.

Charlie Browne’s was sold to a man from Ireland’s “Big City” – Dublin.

He purchased the pub during the Celtic Tiger — the boom years in Ireland — where folks were making money, hand over fist.

He came in with a new vision for Charlie Browne’s. He envisioned it as a fancier establishment. More of a bistro. Up-market food, classier decor, smaller portions, a more expansive menu, higher prices.

All of which may have worked…

But sadly, the biggest change, was that he sourced different steaks.

It wasn’t long until business started to drop off. Folks went there less often. Numbers dwindled. Cash flow started to dry up. And then the doors were eventually closed due to “fire damage” — never to reopen. 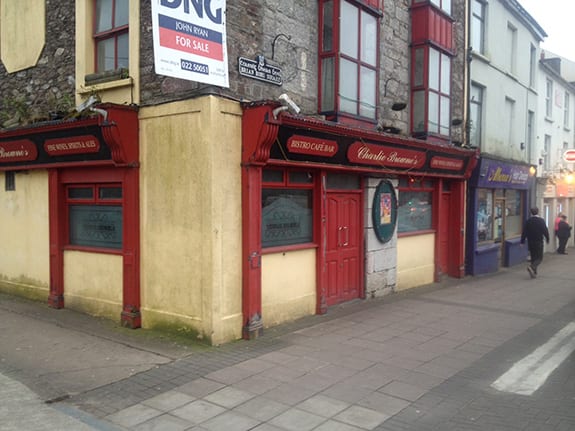 A vision for success in the future is nothing without understanding the success you currently have.

There’s many a lesson to be learned from the fall of Charlie Browne’s.

Close to top of the list is that the business owner THOUGHT he knew what people wanted.

He THOUGHT he knew the secret to a more successful Charlie Browne’s.

But the #1 lesson is that the business owner didn’t know the pub’s USP — the reasoning why people chose to go there.

Without that knowledge, he inadvertently removed the core appeal that brought folks in. And then refused to change back, either by avoiding or ignoring feedback.

Remember: It’s not enough to have a great USP.

You need to know it, understand it, live it and guard it for continued success.

Because if you don’t know what your USP is, you can unknowingly change it (even with good intentions), with disastrous consequences.

It all starts with discovering what your USP is.

To take your first steps crossing that bridge, download my Microbook below:

This site uses Akismet to reduce spam. Learn how your comment data is processed.